Cunningham Continues To Intentionally Mislead Voters On His PPP Hypocrisy 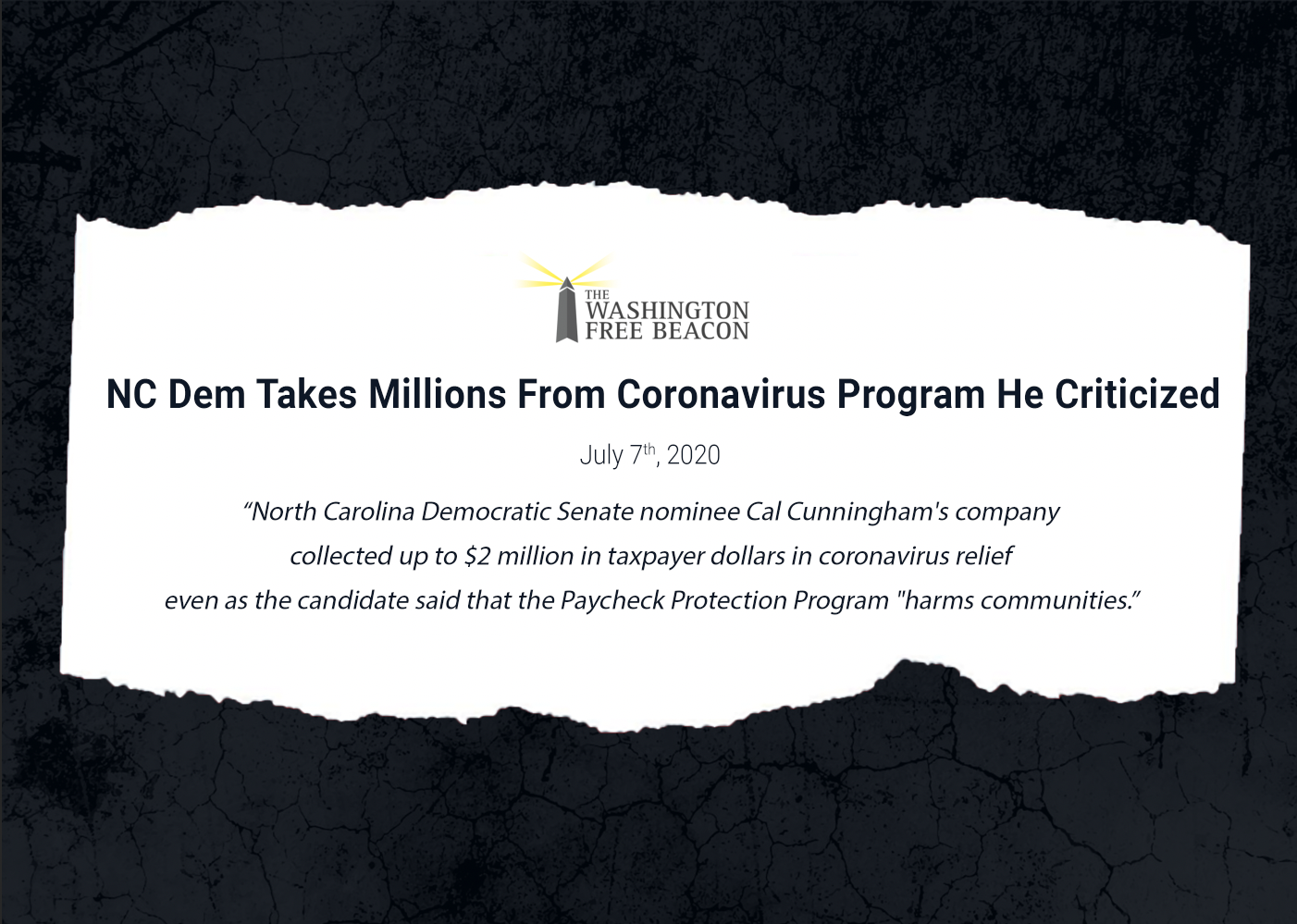 CHARLOTTE, N.C. – After over a month of flailing, Cal Cunningham has yet to come up with an answer for why he criticized the Paycheck Protection Program (PPP) while his own company (WasteZero) received a PPP loan, so he is now resorting to intentionally deceiving voters about when he was last paid by WasteZero.

In an interview with WBTV’s Jamie Ball last night, Cunningham claimed that his criticisms of the PPP were not hypocritical because he left WasteZero’s payroll before the company received its loan in May. However, the Raleigh News & Observer last week already exposed that Cal Cunningham was indeed paid by WasteZero as late as June and the company’s CEO told WRAL that Cunningham was still working for the company as late as July.

“It’s pathetic that Cunningham continues to mislead voters in a weak attempt to cover up his PPP hypocrisy,” said Tillis campaign spokeswoman Alex Nolley. “Throughout his entire campaign, Cunningham has said one thing and done another. North Carolina voters can’t trust a word he says and they certainly can’t trust him when he pretends he won’t be a rubber-stamp for the job-killing agenda that Chuck Schumer and his Democratic allies are pushing.”