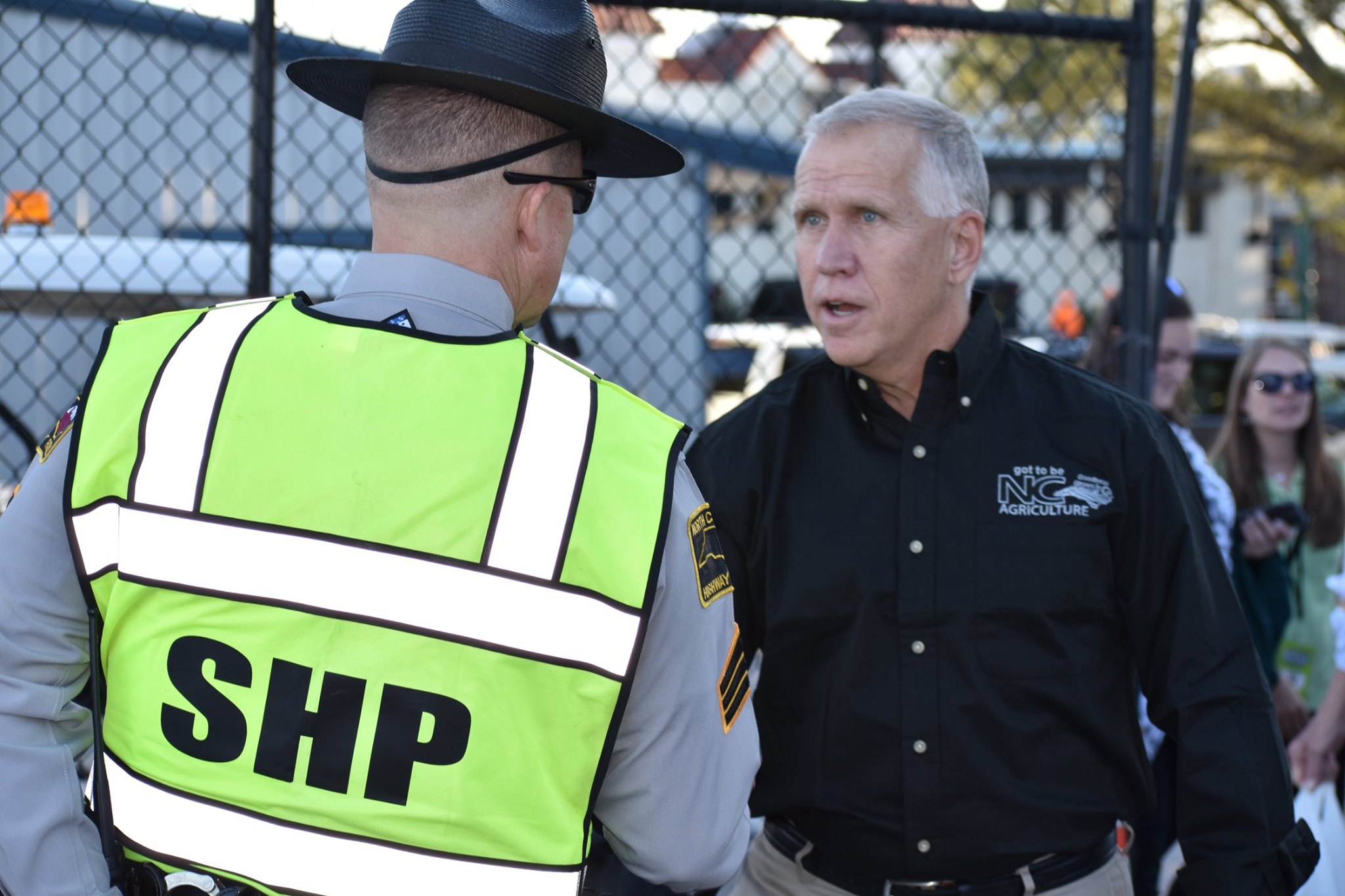 CHARLOTTE, N.C. – After Cal Cunningham’s campaign spent the weekend denying the violent riots and looting that has occurred in North Carolina in recent months, Senator Thom Tillis today signed Heritage Actions’ Police Pledge supporting the men and women of our nation’s law enforcement and reiterating his commitment to ensuring the safety and security of North Carolina communities. His unyielding support of law enforcement stands in stark contrast to Cal Cunningham’s dangerous policies that will put the public safety of North Carolinians at risk.

“The left’s current effort to defund the police and demonize every single law enforcement officer in America is shameful and makes our communities less safe,” said Senator Thom Tillis. “While I will always support our local law enforcement, Cal Cunningham has said he ‘joins the fight’ of the ‘abolish the police’ protestors and wants to go to Washington to support dangerous sanctuary city policies and make it even harder for police officers to protect our communities.”

“As a one-time resident of the Tar Heel State, I know firsthand how important law enforcement is for the safety and security of North Carolina and the nation,” said Jessica Anderson, Executive Director of Heritage Action. “Americans everywhere are grateful to Senator Tillis and North Carolina’s Representatives for standing up for our brave law enforcement and signing the Police Pledge, and we call on every elected official to join them. At a time when our cities are suffering waves of violence and riots, the far Left is abandoning our nation’s law enforcement and with it, our cities. It is time to return safety and security to our neighborhoods, support the police, and put a stop to the lawless anarchy.”

Cal Cunningham in May tweeted a video supporting the protestors who destroyed property in Raleigh and called for defunding the police. In August, he tweeted that he “joins the fight” of the protestors that called for “abolishing” the police. Cunningham also supports legislation that will weaken qualified immunity, make it easier to sue police officers.

A lawful society—free from mob rule and violent insurrection—is not possible without Law Enforcement.

Police Officers have chosen a noble profession. They dedicate their lives to upholding the law and protecting the sacred rights of their fellow citizens. As a profession, they deserve support and respect.

I stand with America’s Police and pledge to oppose any bill, resolution, or movement to “Defund the Police.”