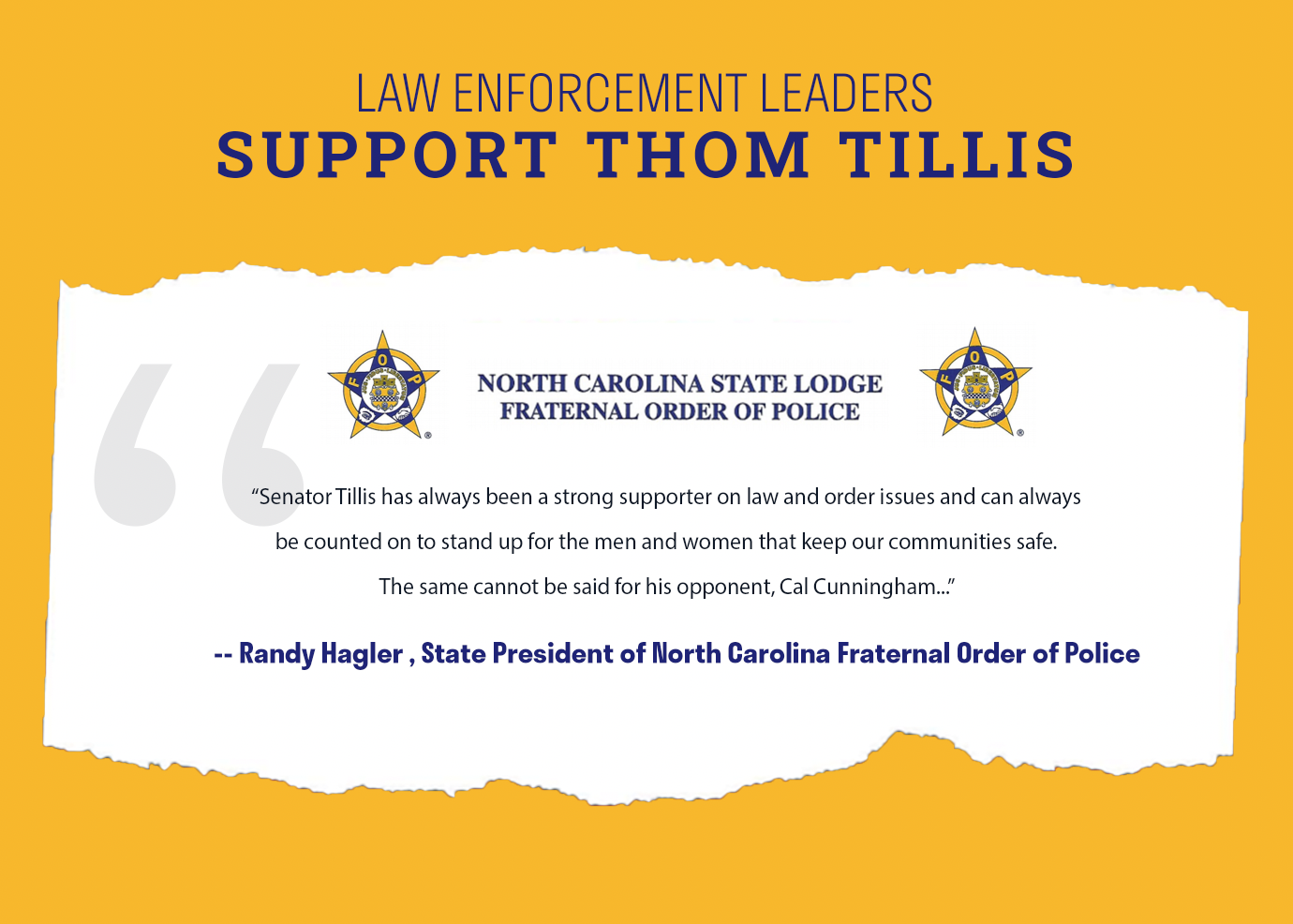 “During last week’s debate, my opponent tried to trick voters into thinking he is a friend of law enforcement, but members of the North Carolina Fraternal Order of Police clearly didn’t buy it and neither should North Carolinians,” said Senator Tillis. “The truth is that Cal Cunningham has said he ‘joins the fight of the protestors’ who want to ‘abolish the police’ and wants to weaken the ability of law enforcement to do their jobs. On the other hand, I will continue to support the brave men and women in blue who keep our communities safe and I could not be more honored to receive this endorsement from the North Carolina Fraternal Order of Police.”

State President of North Carolina Fraternal Order of Police Randy Hagler said, “Senator Tillis has always been a strong supporter on law and order issues and can always be counted on to stand up for the men and women that keep our communities safe. The same cannot be said for his opponent, Cal Cunningham. Senator Tillis has supported law enforcement  officers through legislation in all areas from the bulletproof vest partnership all the way to mental health awareness.  Most recently, he introduced the ‘Protect and Serve Act,’ which will make it a federal crime to violently target local, state, or federal law enforcement officers. Attacks on our nation’s police officers are increasing at an alarming rate and this legislation will help curb this disturbing trend.”

Tillis co-sponsored the Justice Act, a common-sense police reform bill. The historic measure was blocked by the Democrats and opposed by Cal Cunningham. While Senator Tillis is fighting to better support, equip and train law enforcement, Cal Cunningham wants to make it easier to sue law enforcement and has embraced protestors who want to “abolish the police by any means necessary.”