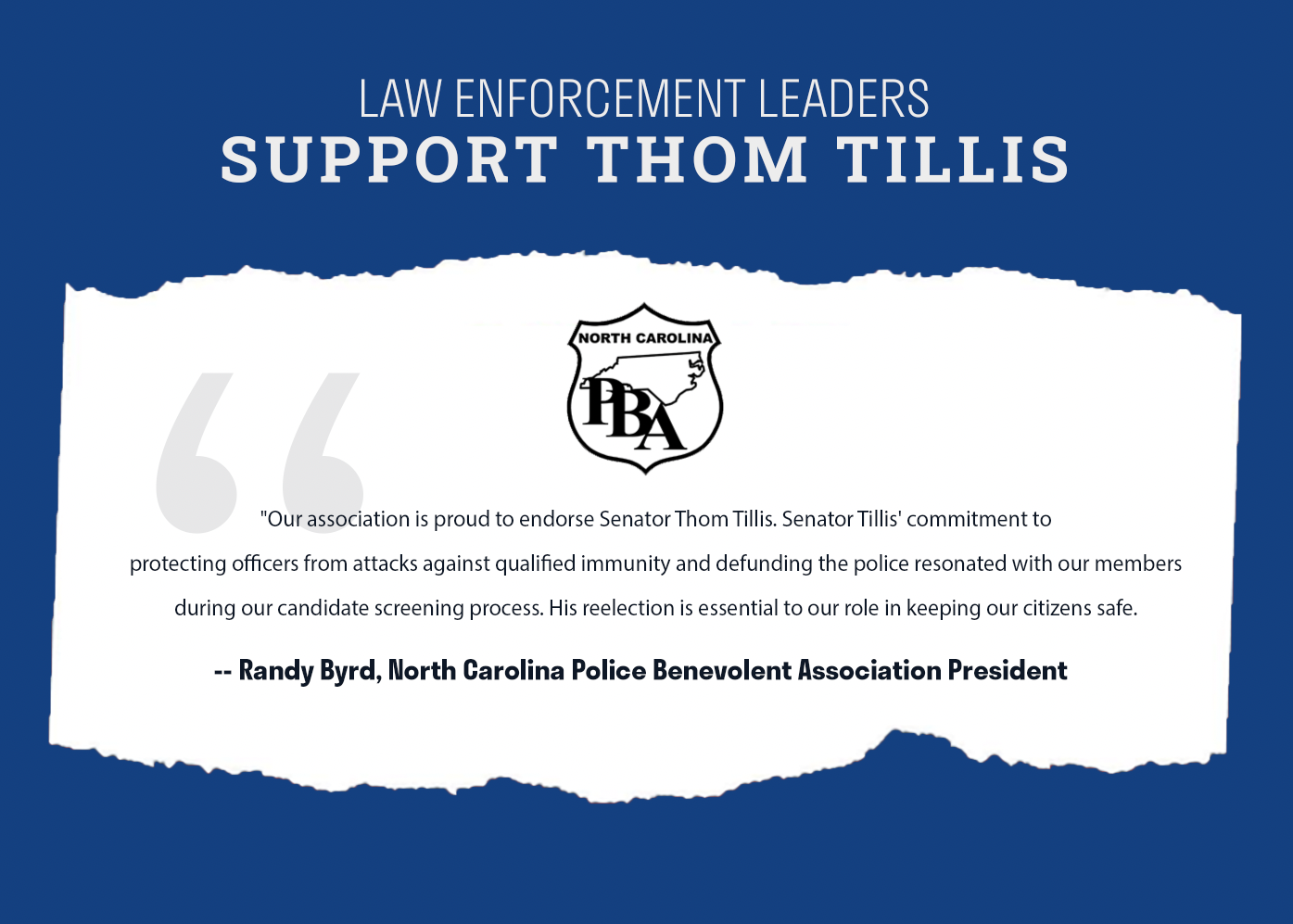 CHARLOTTE, N.C. – Ahead of tonight’s WRAL debate, the North Carolina Police Benevolent Association today endorsed Thom Tillis for re-election to the U.S. Senate. This is the second straight endorsement Tillis has received from a leading North Carolina law enforcement group.

“At a time when law enforcement in this country is under attack, I remain committed to supporting those who put their lives on the line each day to keep us safe,” said Senator Thom Tillis. “I’m proud to receive the endorsement of the North Carolina Police Benevolent Association, who understand that there is a clear difference in this race when it comes to public safety. While Cal Cunningham joins the fight of the protestors who want to abolish the police, I back our brave men and women in blue and support giving them the training to do their jobs right.”

“Our association is proud to endorse Senator Thom Tillis,” said Randy Byrd, NCPBA president. President Byrd advised, “Senator Tillis’ commitment to protecting officers from attacks against qualified immunity and defunding the police resonated with our members during our candidate screening process. His reelection is essential to our role in keeping our citizens safe.”

Senator Tillis has been a steadfast advocate for our nation’s law enforcement throughout his time in public service and recently co-sponsored the Justice Act, a common-sense police reform bill that respects the jobs of law enforcement officers. The measure was opposed by Cal Cunningham and blocked by Senate Democrats at the direction of Chuck Schumer.

While Tillis remains committed to supporting, equipping and training our men and women in blue, Cunningham wants to  make it easier to sue law enforcement and has embraced protestors who want to “abolish the police by any means necessary.”