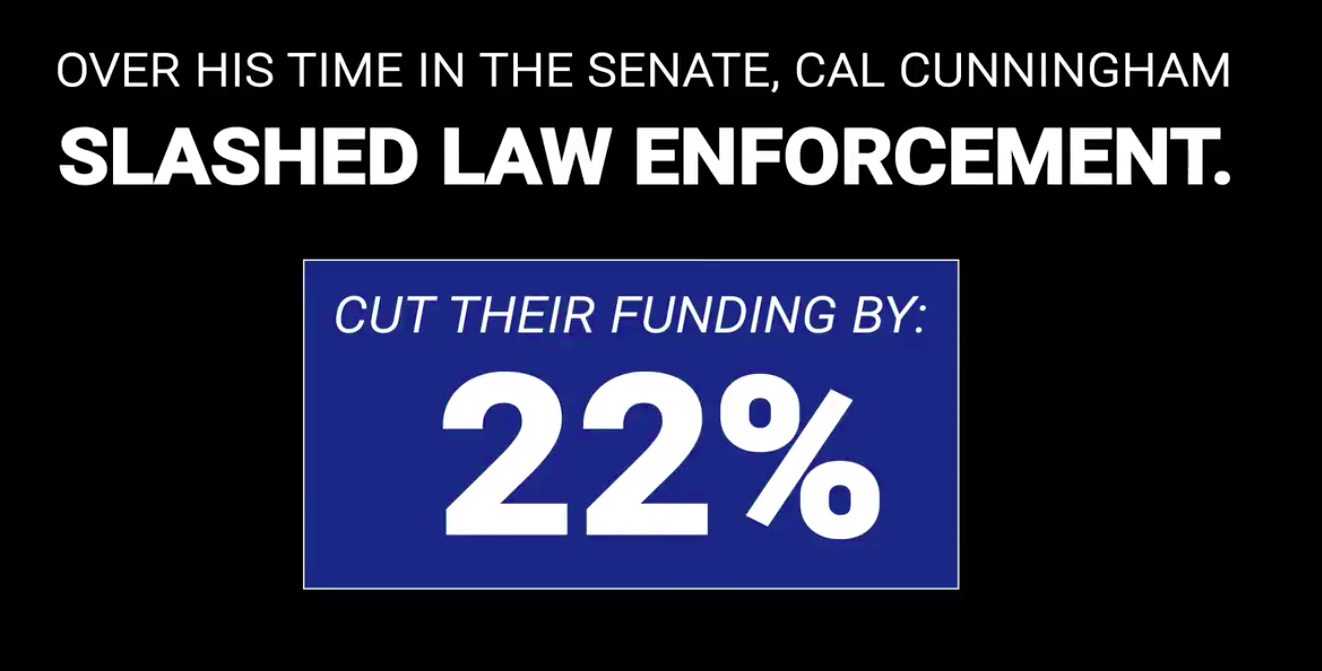 While Cal Cunningham spends tonight trying to distance himself from his radical liberal party’s push to defund the police, North Carolinians should be reminded that Cunningham has already voted to do so.

As Senator Tillis exposed during tonight’s debate, Cunningham voted to slash the Department of Crime Control and Public Saftey’s budget by 22% during his tenure in office.

North Carolinians should not be fooled when Cal Cunningham tries to claim he won’t defund the police if elected to the Senate. He already has and he will do so again.