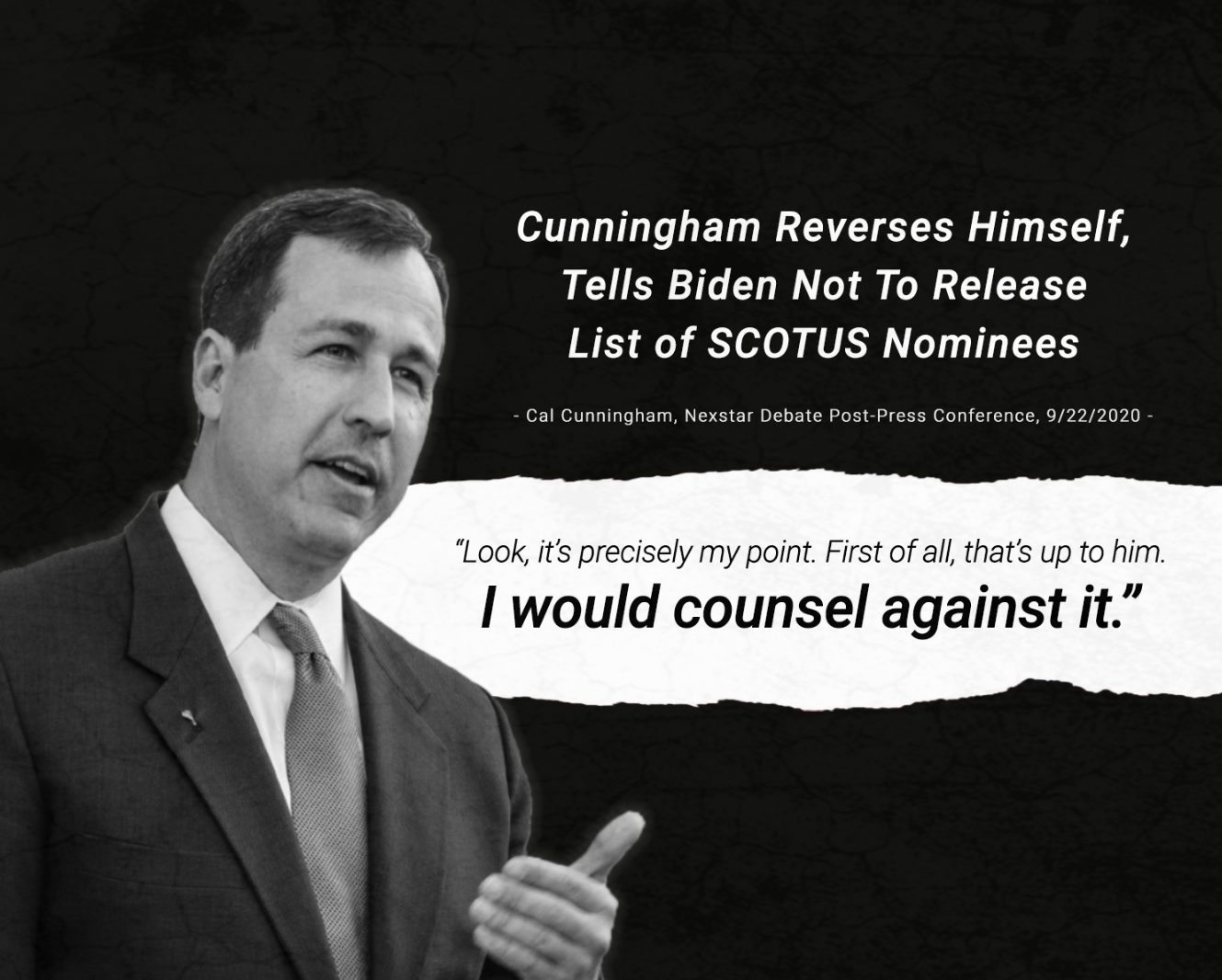 Cunningham: “I would counsel against it”

Minutes After Cunningham Refused To Take A Stand During The Debate, Cunningham Reverses Himself And Recommends Biden Keep His SCOTUS Shortlist Secret

CHARLOTTE, N.C. – After liberal Cal Cunningham refused to say whether Joe Biden should release a list of potential Supreme Court nominees during Nexstar’s U.S. Senate debate, Cunningham reversed himself during the post-debate press conference, declaring he would “counsel against” Biden being open and transparent with the American people by disclosing his shortlist of left-wing candidates who would legislate from the bench.

“It may have taken until after the debate, but trial lawyer Cal Cunningham went back to saying whatever he thinks will best camouflage his extreme liberal identity and help him get elected,” said Tillis campaign spokesman Andrew Romeo. “Just like Cunningham was afraid of letting voters know where he stood while on the debate stage, he’s afraid of letting Biden disclose the names of the left-wing activist judges Cunningham will rubberstamp who will destroy religious freedom, strip away Second Amendment rights and put government in complete control the livelihoods of North Carolinians.”

During the post-debate press conference, Cunningham said he would “counsel against” Biden releasing a list of potential Supreme Court nominees.

However, the above comments were a reversal from the actual debate, when Cunningham refused to answer whether or not Biden should release a list of potential Supreme Court nominees despite being pressed multiple times.