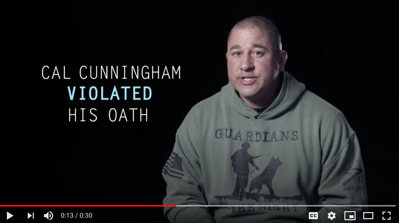 CHARLOTTE, N.C. – In a new TV ad released today by the Tillis campaign, four United States Army veterans condemn Cal Cunningham for having an affair with the wife of a disabled combat veteran and violating the Uniform Code of Military Justice. The ad comes as Cunningham, who earlier in the campaign ran ads of his own discussing the significance of his U.S Army oath and his commitment to protecting our soldiers, faces an investigationby the U.S. Army Reserve into his recently revealed misconduct. The 30-second spot will air statewide on cable television, broadcast television and digital platforms. 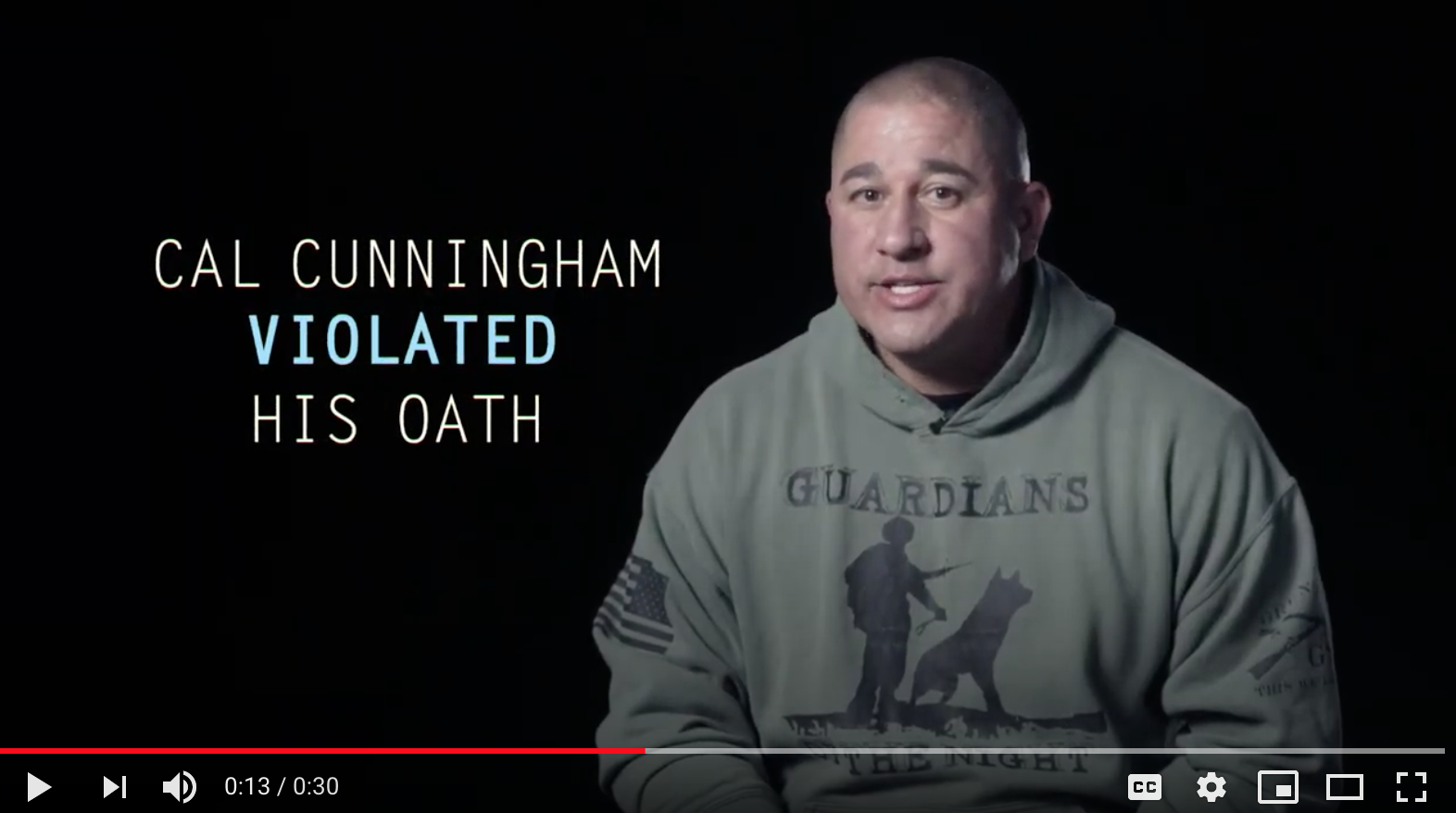 VETERAN 1: The Code of Military Justice.

VETERAN 2: All soldiers live by it. Just like the oath we all take.

VETERAN 3: It’s how soldiers know we can trust each other in combat.

VETERAN 3: Cal Cunningham violated his oath when he had an affair with another soldier’s wife.

VETERAN 4: That’s why the Army is investigating Cal Cunningham.