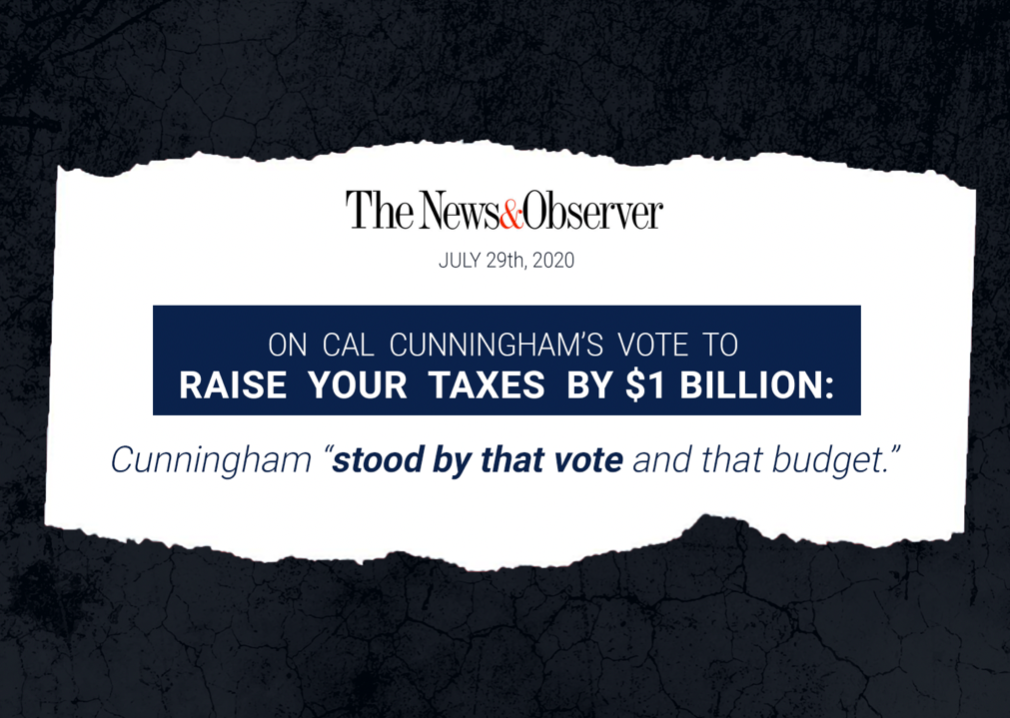 CHARLOTTE, N.C. – Last night, WRAL Politifact confirmed that Cal Cunningham voted for a budget that raised taxes by $1 billion when he was in the state Senate. The development comes after an interview Cunningham did with WLOS-Asheville this week where he doubled down on his broken no-tax-increase pledge and said he was “proud” of his vote to raise taxes in the middle of the 2001 recession. Here are a few key points from WRAL Politifact:

Cal Cunningham’s solution to tough economic times was raising taxes and crippling the economic recovery effort. North Carolinians have every reason to believe he will do the same thing this time around if he is elected to the Senate.

You can watch the entire fact check HERE and read it HERE.