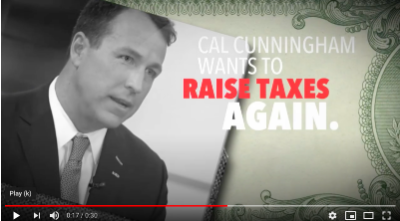 CHARLOTTE, N.C. – The Tillis for Senate campaign today released a new TV ad showcasing Cal Cunningham’s record of raising taxes during the last recession he was in charge of and how he will work with Joe Biden to hike them again if he is elected to the Senate. The 30-second spot will begin airing statewide Tuesday on broadcast and cable television, as well on digital platforms.

Tillis campaign manager Luke Blanchat said of the ad, “The contrast in this race could not be more clear. Cal Cunningham will raise taxes and cripple the economic recovery effort, while Senator Tillis will continue fighting to get North Carolinians back to work and ensure they keep more of their hard-earned dollars.” 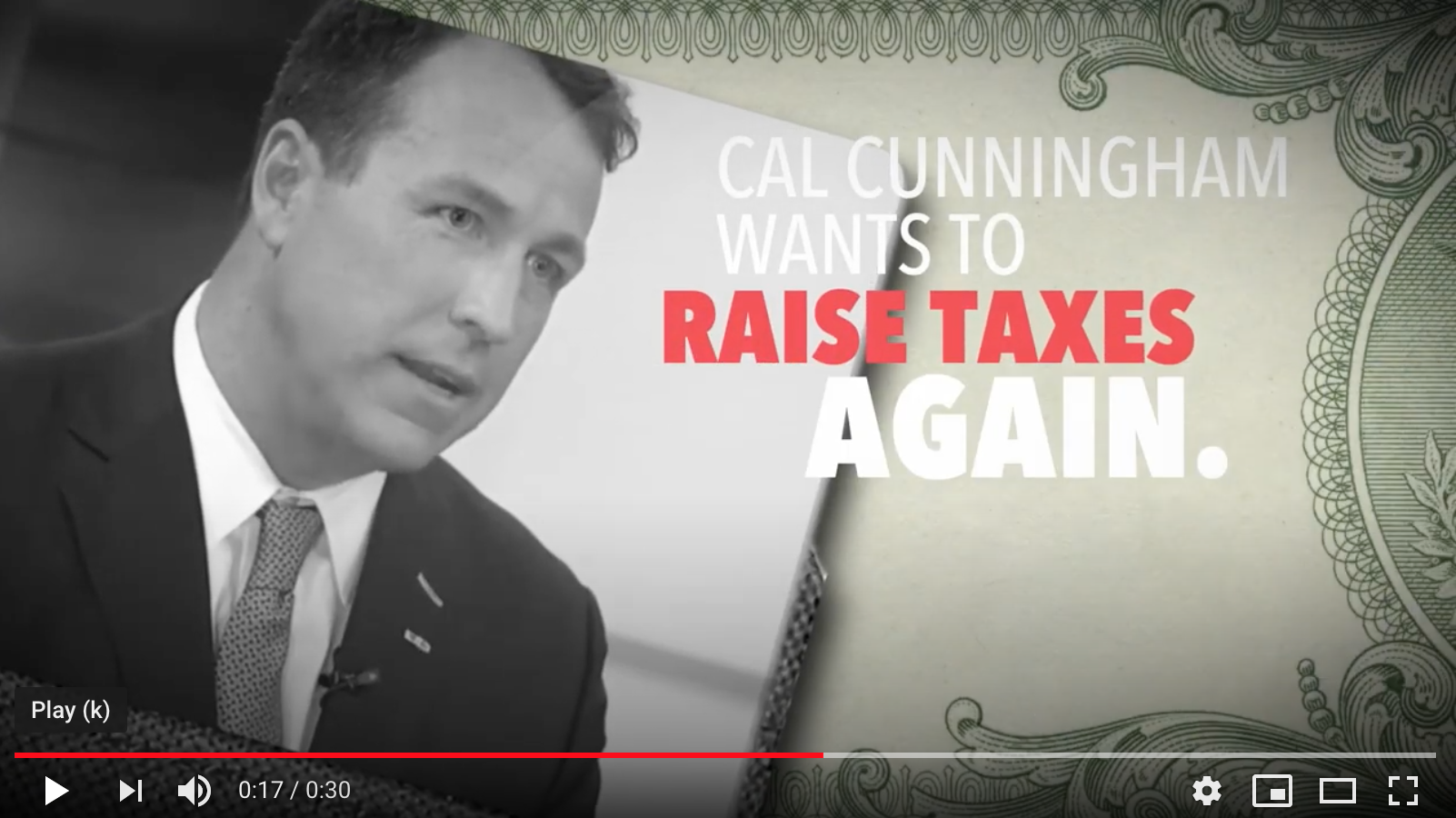 NARRATOR: Last time Cal Cunningham was in office he raised taxes $1 billion – in a recession. Now he’s trying again to get to D.C. And guess what Cunningham wants to do?

NARRATOR: Did you catch that? Cal Cunningham wants to raise your taxes again – with this guy.

JOE BIDEN (tv clip): Guess what? If you elect me your taxes are gonna be raised, not cut.

During a Democratic primary forum in February, Cunningham vowed to replace the 2017 tax cuts. Cunningham has recently doubled down on his decision to break a no-tax-increase pledge and vote for a budget that raised taxes by $1 billion, saying he was “proud” of it. WRAL’s Politifact last week confirmed that the tax increase Cunningham voted for “disproportionately hurt the lower class.”