With Pelosi Still Holding Impeachment Hostage, Will Cal Cunningham Come Out Of His Windowless Basement And Address The Issue? 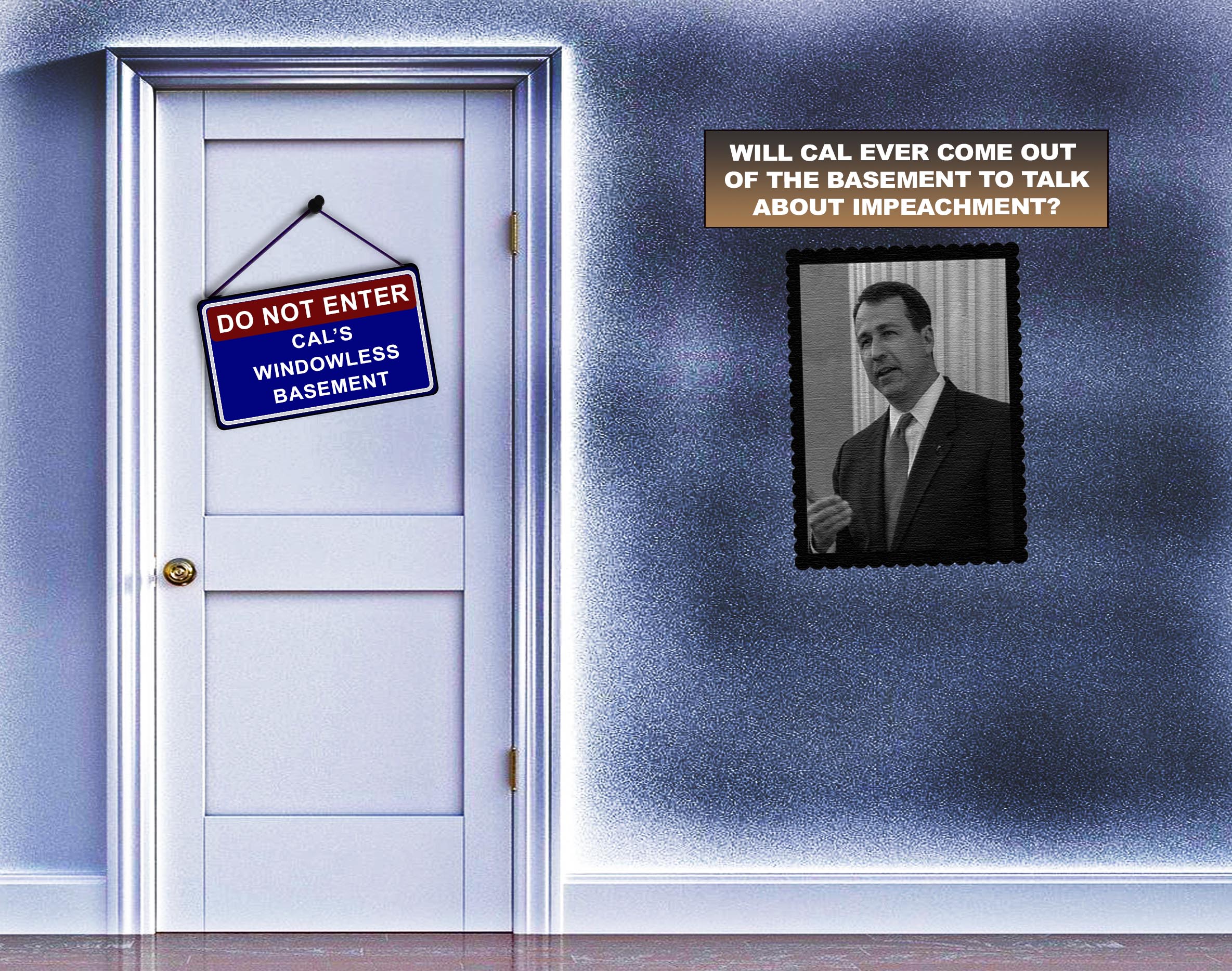 Impeachment Was One Of Cunningham’s First Priorities After Announcing Candidacy

CHARLOTTE, N.C. – Cal Cunningham made it a priority to voice his support for an impeachment inquiry during his first television interview after announcing his candidacy, but since then he’s tried to do everything he can to dodge the issue. In keeping with the criticism that he has received from his own party and the press that he is “hiding in a “windowless basement” and is being “vague” on the issues, Cunningham has gone off the grid since the House voted to impeach President Trump, not participating in a single interview since December 12th.

As Nancy Pelosi continues to hold the articles of impeachment hostage despite opposition from Senate Democrats, here are some outstanding questions members of the media should ask Silent Cal about impeachment:

Earlier this week the Tillis for Senate campaign launched senditorendit.com, a paid microsite where North Carolinians can sign a petition to tell Nancy Pelosi to either send the Senate the articles of impeachment, or end the process all together and get back to work on the issues that matter.