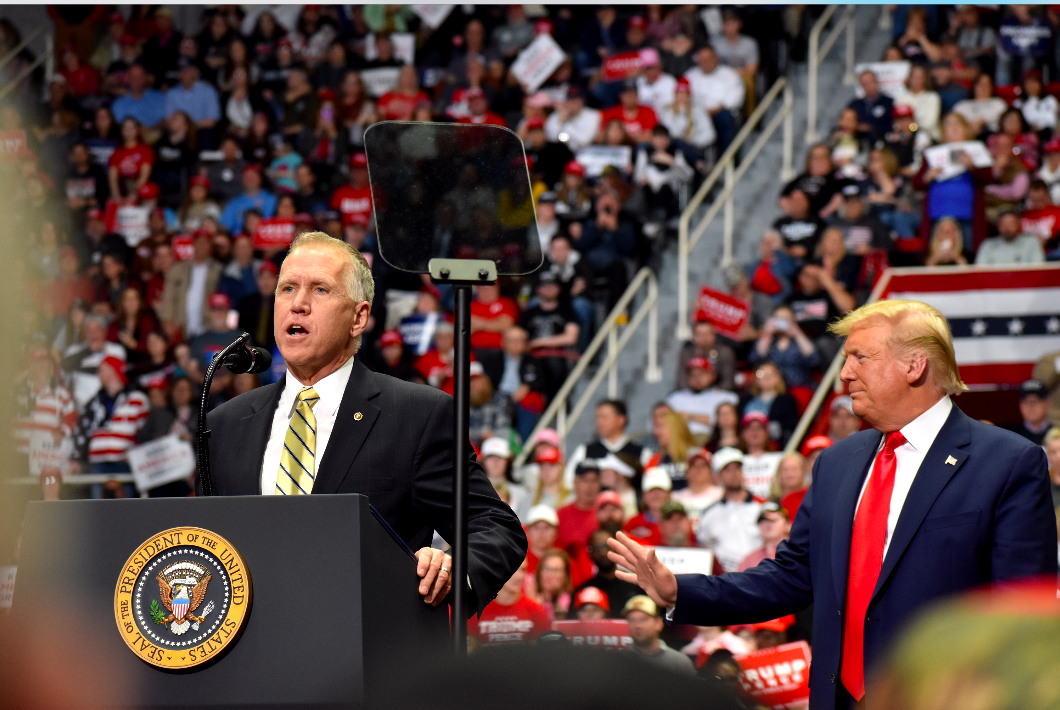 What They Are Saying

CHARLOTTE, N.C. – President Trump stumped for Senator Thom Tillis last night ahead of today’s Super Tuesday election in North Carolina, and members of the media noted that his “words offered a boost to Tillis.” Here is more of what they were are saying about the president’s rally in Charlotte last night.

President Trump rallies in Charlotte ahead of Super Tuesday
Joseph Chapin
WTVD-Raleigh
…
Sen. Thom Tillis, R-N.C., joined the president on stage in Charlotte. “Ladies and gentlemen, you have got a stark choice and it starts tomorrow.,” Tillis told the crowd. “We’re both on the ballot. You need to vote for us so we can go back and do it again.” Trump’s words offered a boost for Tillis, whose seat is a major target for Democrats. “Thom has really been incredible. He’s been working every day,” Trump said. “And he really wants to fight the radical left and he does it. And he knows how to fight and take care of our amazing veterans and stop illegal immigration.”

Thousands attend President Trump’s rally at Bojangles’ Coliseum
WSOC-Charlotte
…
Sen. Thom Tillis was also at the coliseum and Trump said he is “a champion for the people of North Carolina.” Trump also said, “Thom, I don’t think anybody wants to run against you Thom… We don’t even know who is running against him.”

Trump touts record, jabs Democrats at Charlotte rally on eve of Super Tuesday
Jim Morrill
Charlotte Observer
…
Trump embraced two Carolinas senators on stage who are up for reelection: Sen. Lindsey Graham of South Carolina and Thom Tillis of North Carolina. “Thank you for making sure we get President Trump back for four more years,” Tillis told the crowd. “Thank you all for helping this man get elected and for standing by him as the Democrats try to tear him apart.”…Before leaving Washington, Trump retweeted his endorsements of some of N.C. lawmakers who face primaries Tuesday, including Tillis and Rep. Patrick McHenry.

Trump rallies voters in Charlotte on eve of Super Tuesday
Jake Patterson
Asheboro Courier-Tribune
…
Before Trump entered the arena to deafening cheers and the tune of Lee Greenwood’s “God Bless the USA,” U.S. Sen. Thom Tillis came out to warm up the crowd. He spoke of Trump’s accomplishments, particularly “funding the military at historic levels and taking care of veterans.” Tillis also expressed gratitude for Trump’s support of a bill he introduced in Congress that would allow victims of crimes committed by illegal immigrants released by “sanctuary cities” to sue those cities. Later in the evening, Tillis praised Trump’s efforts to stop socialism. “The president went to the State of the Union and he said America will never be a socialist country. That’s another promise he’s going to keep!”

Trump deems Buttigieg, Klobuchar endorsing Biden a ‘quid pro quo’ deal
Danielle Wallace
Fox News
…
During the rally, Trump predicted Sen. Elizabeth Warren of Massachusetts, who he referred to as “Pocahontas,” would lose her home state to Sanders on Super Tuesday. He also threw his support behind Sen. Tom Tillis, R-N.C., for another six-year term. According to Trump, Tillis introduced a bill that would allow the families of those killed by illegal immigrants to sue sanctuary cities and states for failing to honor ICE detainer requests.

‘We’re bringing soldiers back home’: Trump’s Afghan peace deal wins cheers at rally
Dave Boyer
Washington Times
…
The president campaigned for Republican Sen. Thom Tillis, who came up on stage and urged the crowd to reelect Mr. Trump. Mr. Tillis warned that Democrats and their plans for free college tuition and free health care would bankrupt the country. Referring to the president, Mr. Tillis said, “You got to get this man reelected so we can give you the free stuff that a free country deserves: free markets, free trade, freedom of religion, freedom of speech and the freedom for you to protect yourself with your right to bear arms.” 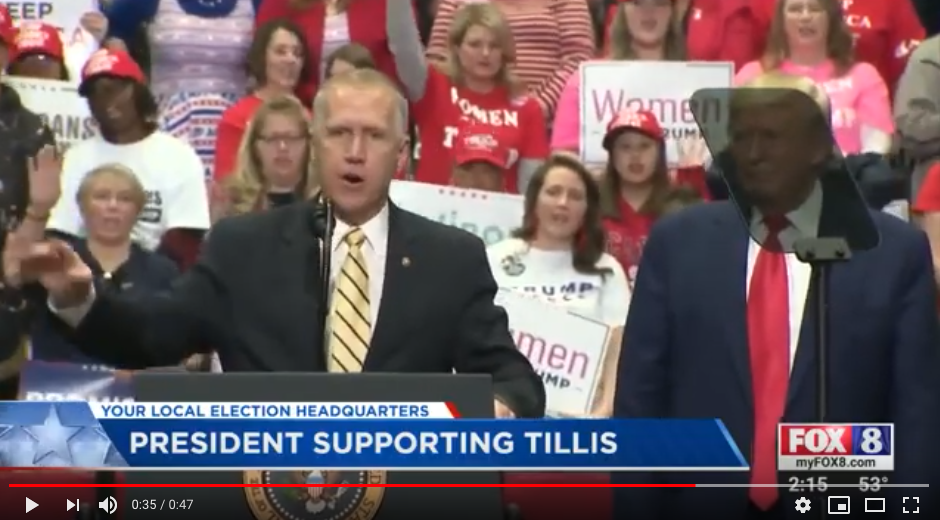 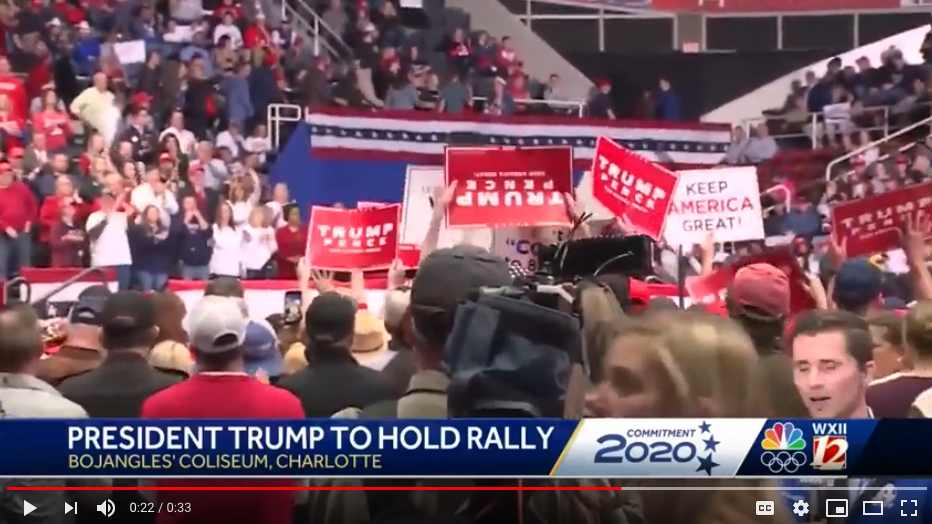 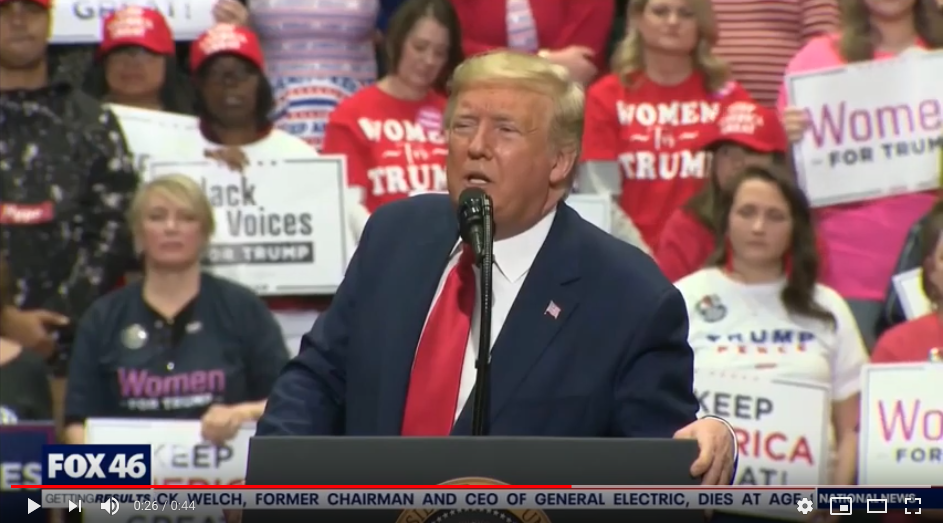