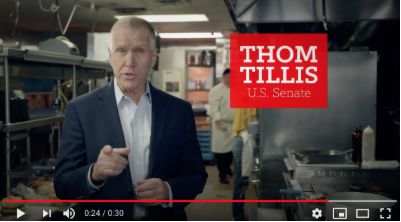 Thom Tillis: “My Job Is Fighting For Your Job”

CHARLOTTE, N.C. – The Tillis for Senate campaign today released a new television ad, again highlighting how Thom Tillis’ blue-collar background uniquely positions him to understand the struggles facing North Carolinians as we move into the COVID-19 recovery phase. “Pay Day,” a 30-second spot, features Tillis describing his journey from short-order cook to partner at IBM and emphasizes how he is fighting for the jobs of hardworking North Carolinians who are too often forgotten by Washington.

The ad will begin running Tuesday, following “Humble” as the second biographical ad the Tillis campaign has released within the last month.

“Senator Tillis knows that North Carolinians are strong and resilient people who just want to be provided with the freedom and opportunities to work their way up to achieve the American Dream, just like he did,” said campaign manager Luke Blanchat. “While liberal Democrats want to cripple our economic recovery with higher taxes and more government control, Senator Tillis is focused on pro-jobs policies that put North Carolinians back to work and empower them to prosper.” 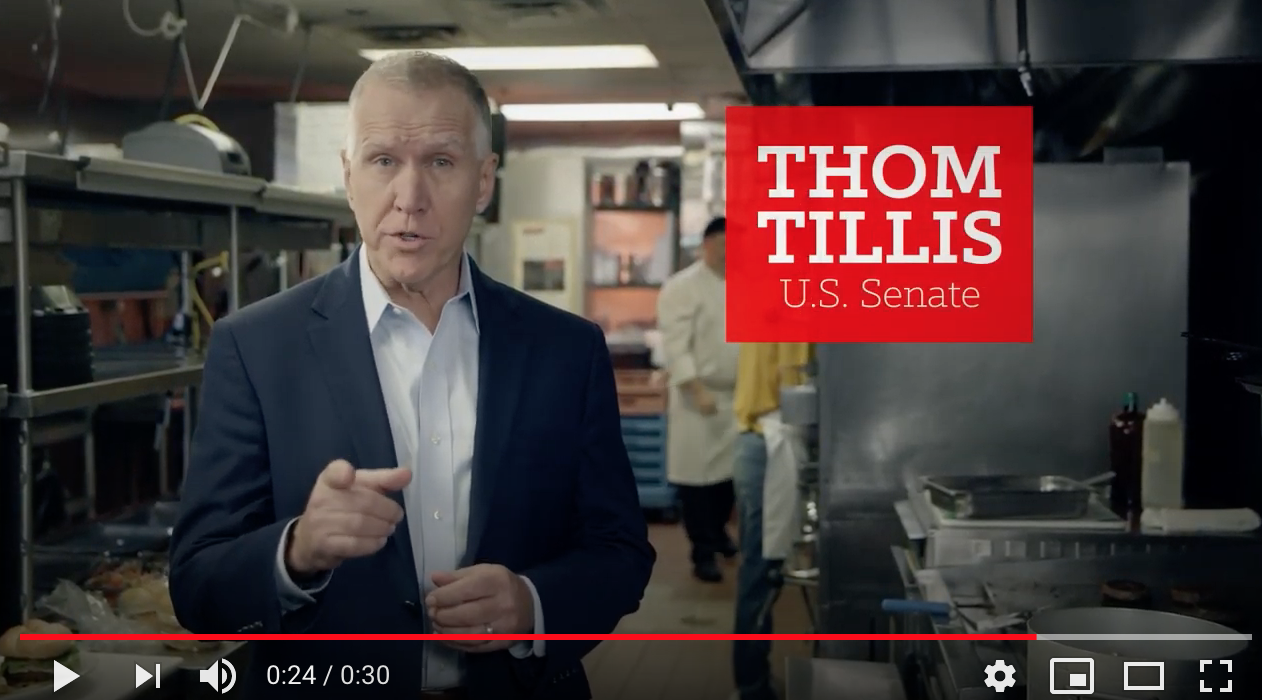 THOM TILLIS: Monday afternoon. That’s payday in the restaurant business. I know, because that used to be me, a short-order cook. Instead of college, I went to work, got my degree at night, worked my way up to partner at IBM. Today, 1 million North Carolinians are out of work, most of them living paycheck to paycheck and forgotten by our politics. I’m Thom Tillis. My job is fighting for your job. And that’s exactly what I’ll do.

Thom Tillis was born into a working-class family with his father and mother and five siblings. After graduating from high school, Thom was unable to afford college, so he took a job as a warehouse records clerk earning minimum wage. Eventually, Thom was able to put himself through night school while raising a family at the same time. He rose all the way up from warehouse clerk to partner at IBM before he began his time in public service.

Read more from Thom himself on how his background shapes his approach to serving North Carolinians in the Senate.