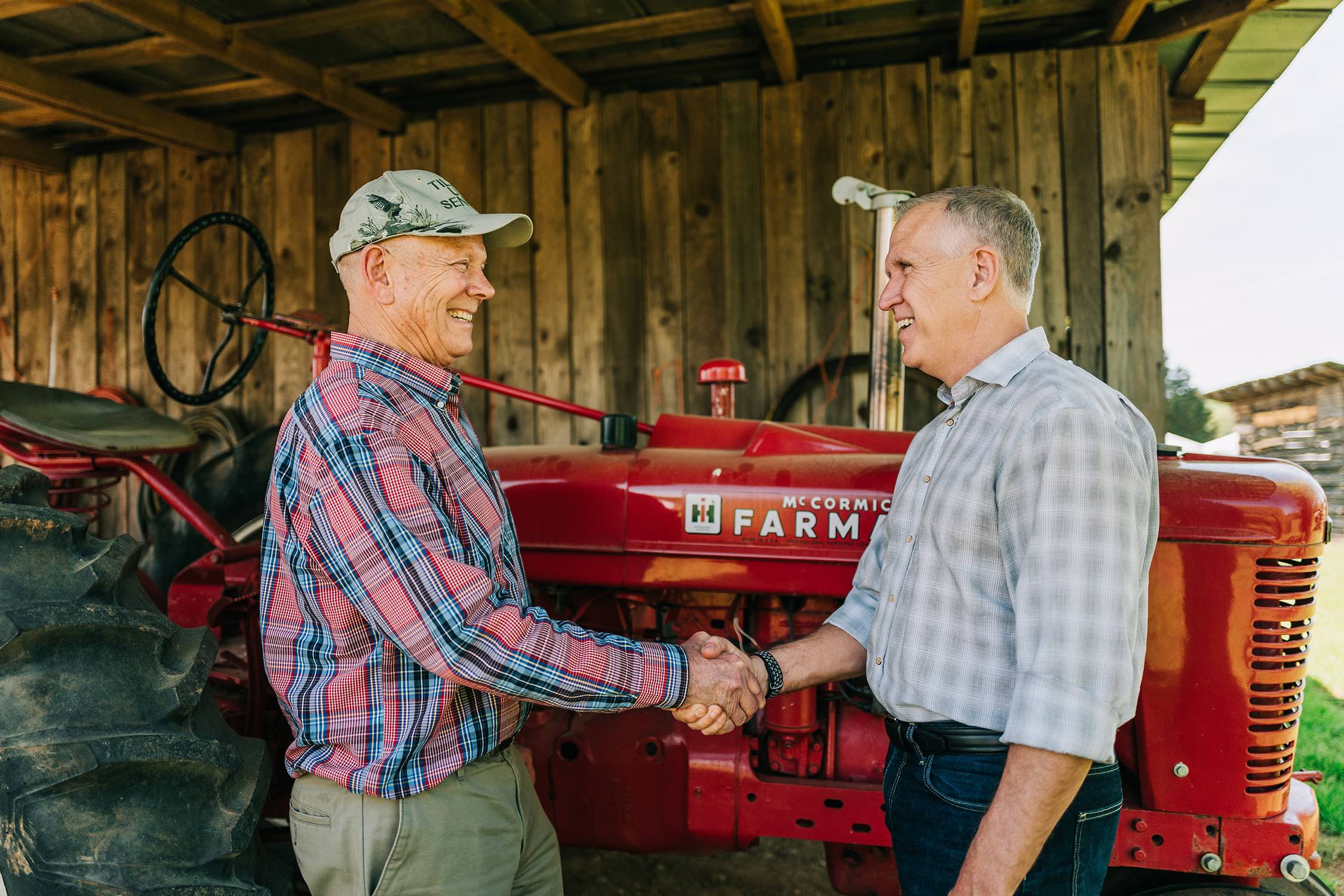 CHARLOTTE, N.C. – The Tillis for Senate campaign today announced the co-chairs of “Farmers for Tillis.” This group of eight agricultural leaders will head the effort to organize fellow farmers who support Senator Tillis, as well as assist the campaign in spreading his pro-farmer record across the state during the primary and general elections.

This is the third coalition that the Tillis campaign has unveiled in as many weeks, and follows the release of the “Grassroots” and “Veterans for Tillis” leadership teams. The co-chairs of “Farmers for Tillis” are:

***
“I’m proud of the progress President Trump and I have made together to support North Carolina’s number one industry, but there’s still more to be done,” said Senator Tillis.“It’s time Nancy Pelosi focuses less on impeaching President Trump, and more helping North Carolina farmers by passing the USMCA. I will not stop fighting until the USMCA is signed into law, and I am humbled to have the support of so many agriculture leaders across the state who will assist me in that effort.”

“No one cares more about North Carolina’s farm families and our rural communities than Senator Thom Tillis,” said Congressman Rouzer. “He has been — and continues to be — a great and vocal advocate for North Carolina agriculture and common sense policies to keep it viable. At a time when the challenges facing American agriculture have never been greater, Thom Tillis’ voice and expertise is needed more than ever in the U.S. Senate.”

“There has been no greater friend to our agricultural community than Senator Tillis,” added Commissioner Steve Troxler. “All North Carolinians are better off because of the critical work he did to get legislation like the Farm Bill over the finish line, and I look forward to partnering with him to benefit our farmers in the future.”

State Representative Jimmy Dixon said, “Many of the issues that face North Carolina farmers are bigger than what we are able to tackle in Raleigh. That is why I am so thankful to have a strong partner like Senator Tillis in Washington who is fighting to boost our agriculture industry and for strong trade deals.”

“Senator Tillis genuinely cares about the challenges facing farmers in North Carolina, and he has my full support,” said Alice Scott. “He has personally visited my business and has an incredible depth of knowledge on how we can further reduce the regulatory burdens facing our industry and allow it to thrive.”

“Senator Tillis has my full support,” added Johnny Barnes. “He understands how important it is that we enhance the access farmers have to rural broadband so we can expand our markets and run more efficient businesses. I know he will continue to build on his accomplishments when we reelect him to another term.”

“Farmers in North Carolina know they have an ally in Senator Tillis,” said Jeffrey Lee.“He has been a tenacious advocate for USMCA, and he has my full support in his effort to get it passed and signed into law by President Trump.”

Bert Lemkes said, “North Carolina farmers have taken advantage of by China and other countries for far too long, and it is refreshing that we finally have a leader like Senator Tillis who is working to stand up to them. I am confident in Senator Tillis’ and President Trump’s ability to secure trade agreements that lead us to further prosperity, and look forward to helping his reelection efforts.”

TILLIS ON THE USMCA