The Democratic Primary Has Been A Race To The Left 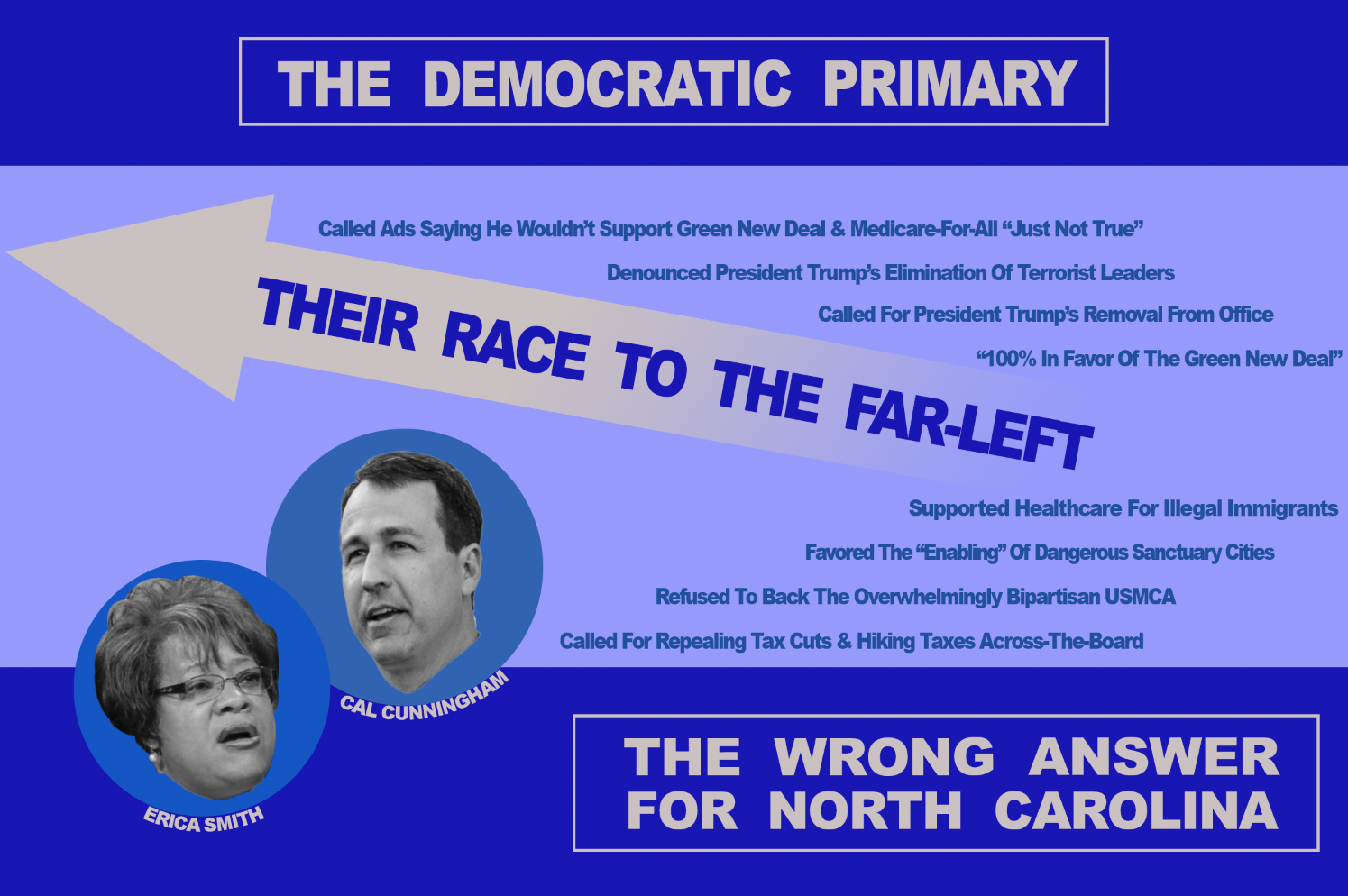 CHARLOTTE, N.C. – During an interview with Spectrum News’ Tim Boyum that aired yesterday, Cal Cunningham made the delusional claim that he would be “a strong independent voice” in the Senate no matter who the next President is, and that he could work with President Trump. The reality is that both Cunningham and Erica Smith have spent their entire primary racing to the left and have failed to articulate any policies that they agree with President Trump on. Here’s a breakdown of all of the radical, liberal positions both candidates have taken during the last few months.

CAL CUNNINGHAM DURING THE PRIMARY:

ERICA SMITH DURING THE PRIMARY:

Their primary has proven that Cal Cunningham and Erica Smith are both far-left liberals that are out of step with North Carolinians, and their recent decision to support a Bernie Sanders candidacy confirms that fact.