President Trump: “Thom Is A Champion For The People of North Carolina” 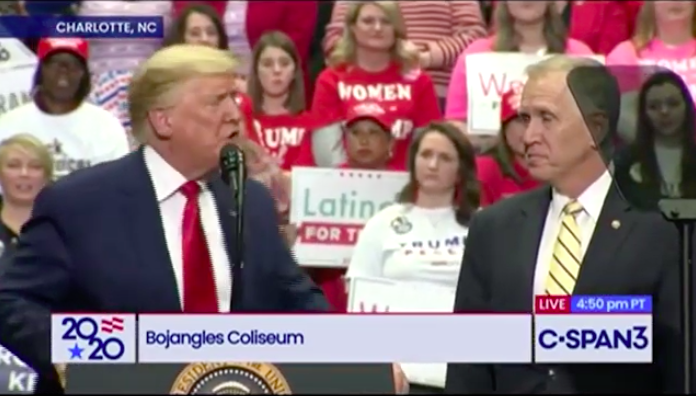 CHARLOTTE, N.C. – President Trump tonight in Charlotte praised Senator Tillis’ record of fighting the radical left, caring for our veterans, and combatting illegal immigration. The president also called Tillis “a champion for the people of North Carolina” and urged voters to re-elect him. 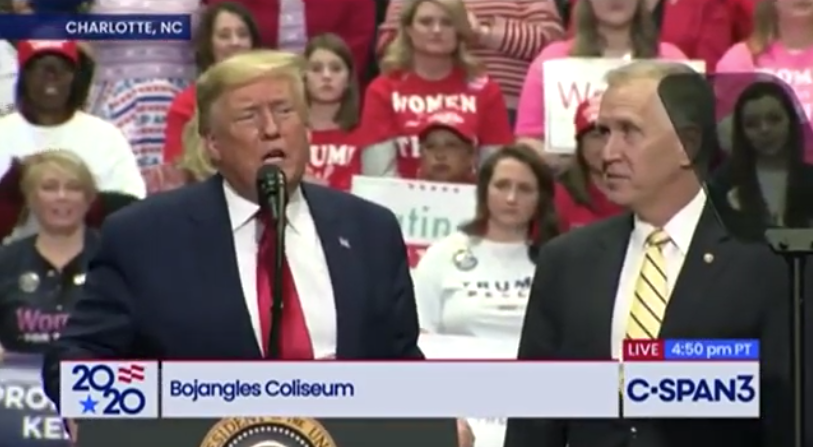 PRESIDENT TRUMP: Also with us tonight is a man who has really become a good friend of mine. We were going at it a little bit at the beginning, but I will tell you – and I would say if I didn’t get along I wouldn’t be here, I wouldn’t do this. I think he’s been tremendous. He’s been a tremendous supporter. And things that we’ve wanted to do and fights that we’ve had, which were so important, he’s been right up – and Lindsey will tell you that he’s been right up in front. And really, he deserves another six year term and probably a lot longer than that.

But he’s going to come up and I’m going to ask, Senator Thom Tillis, come on up.

Thom has really been incredible. He’s been working every day. And he really wants to fight the radical left and he does it. And he knows how to fight and take care of our amazing veterans and stop illegal immigration.

SENATOR TILLIS: Thank you, Mr. President. Thank you all again for being here and thank you for supporting our president and making sure that I come back for another six years and we get him back for four more years.

Let me tell you about this president. I think it’s very important. Since before this president was ever sworn in, they were trying to impeach him. Did he back down? No.

When the media goes after him and tries to spread false news or fake news, does he back down? No.

When he makes a promise, does he keep it?

When he told you he would cut taxes, did he do it?

When he told you he would support veterans did he do it?

When he told you that we would refund the military and become the world’s super power, did he do it?

Ladies and gentlemen, you have got a stark choice and it starts tomorrow. We’re both on the ballot. You need to vote for us so we can go back and do it again.

But let me tell you again, we can’t forget what they are promising you on the other side of the aisle. Bernie Sanders is so liberal, he doesn’t even call himself a Democrat, he calls himself a socialist. This president went to the State of the Union and he said, America will never be a socialist country. That’s another promise that he’s going to keep.

Now finally, ladies and gentlemen, I want to thank the president for coming back and I can’t wait to welcome him in August for the RNC Convention.

Mr. President, there was one thing that you said back in the campaign of 2016, and it’s the only thing that I just don’t think that’s happened. Have you gotten tired of winning? Do you want to win some more?

Then you got to get this man re-elected so we can give you the free stuff that a free country deserves – Free markets. Free trade. Freedom of religion. Freedom of speech. And the freedom for you to protect yourself with your right to bear arms.