CHARLOTTE, N.C. – During a virtual event on Friday with his “Small Business Advisory Council” and representatives from the Chamber of Commerce and National Federation of Independent Business, Senator Thom Tillis discussed how he has been a steadfast advocate for small businesses across North Carolina. In his remarks, Tillis reiterated his dedication to implementing pro-growth policies that will help create jobs and get North Carolina’s economy back on track.

“I’ve seen small businesses struggle, I’ve had practices (in the private sector) where I’ve tried to help them wade through the morass of regulations and I carry that to D.C. I unapologetically stand for businesses,” said Senator Tillis. “I combine that experience in my youth and in my early adult years and my business experience and I think I come with the right perspective to advocate for the little guy, for little businesses and for a capitalist economy. And that’s what I’m going to continue to do.”

During the event, participants recognized Senator Tillis for his work to cut taxes both as Speaker of the House in North Carolina and in the Senate. Vice President of Regional Affairs and Advocacy and Congressional and Public Affairs for the U.S. Chamber of Commerce Moore Hallmark emphasized Tillis’ efforts on tax reform by saying, “Thank you, Senator Tillis, for all you’ve done for small businesses–the leadership you’ve shown. From your work in Congress overhauling our country’s broken and outdated tax code and updating it with reforms that put more money back into the hands of people and the hands of job creators.” Hallmark also presented Tillis with the U.S. Chamber of Commerce’s Abraham Lincoln Leadership for America Award.

Tillis also received praise for his support of the Paycheck Protection Program, which has provided over 106,000 loans totaling more $12.7 billion to North Carolina small businesses. State Director of the North Carolina NFIB Gregg Thompson said, “As things change in our world today, I know that Senator Tillis has and will continue to work hard to make sure that small business comes back from this COVID pandemic.”

Additionally, members of the Small Business Advisory Council pointed out that Tillis’ pro-growth economic policies stand in stark contrast to his opponent’s record of job-killing policies. North Carolina NFIB Chairman Gordon Hunt said, “He’s [Senator Tillis] been our voice. His opponent, Cal Cunningham, would be very detrimental for the state of North Carolina and small business in particular. He doesn’t get it. He raised taxes when he had the opportunity in the legislature and there’s no reason to believe he wouldn’t raise taxes again.”

WATCH the video below for more highlights from the event. 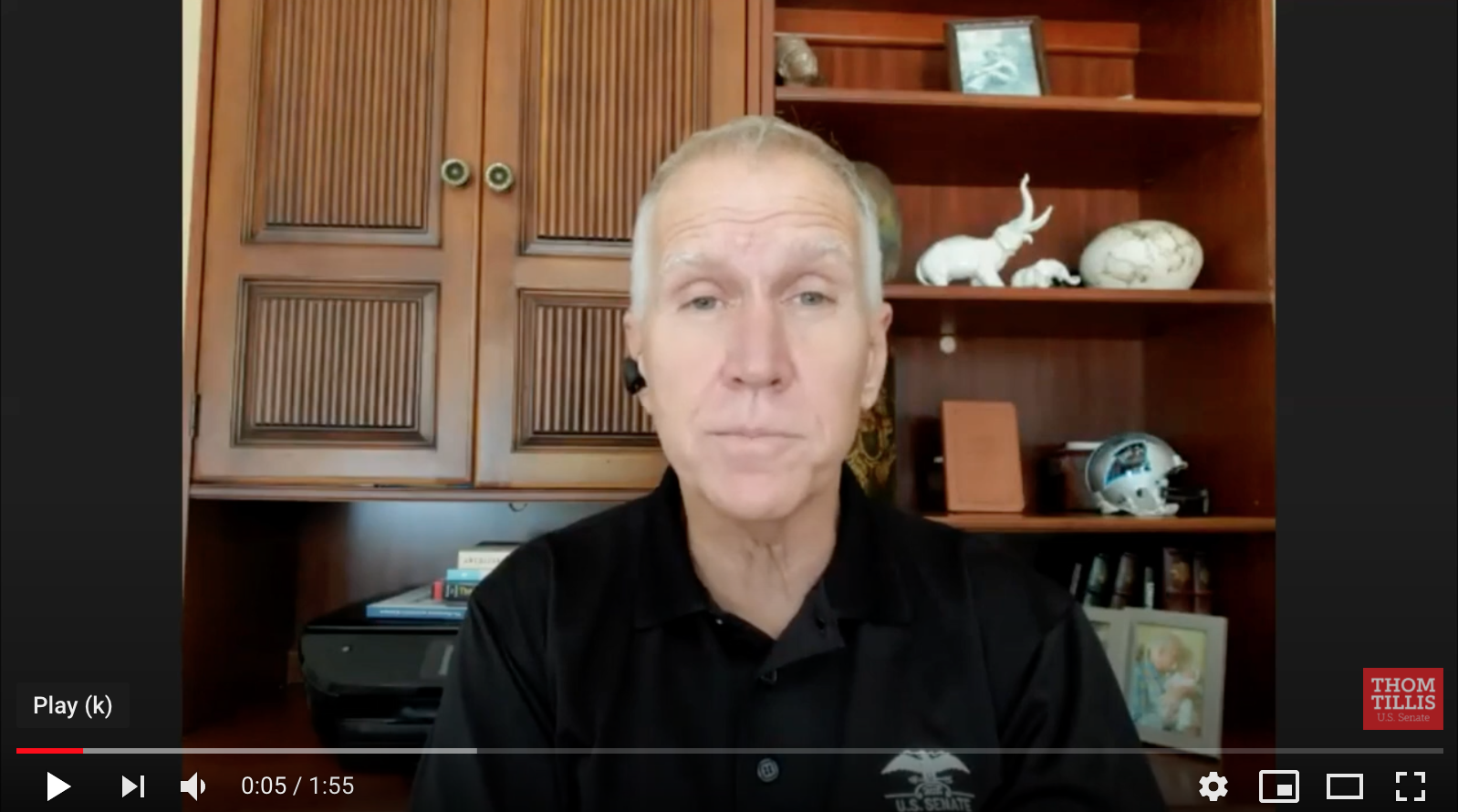