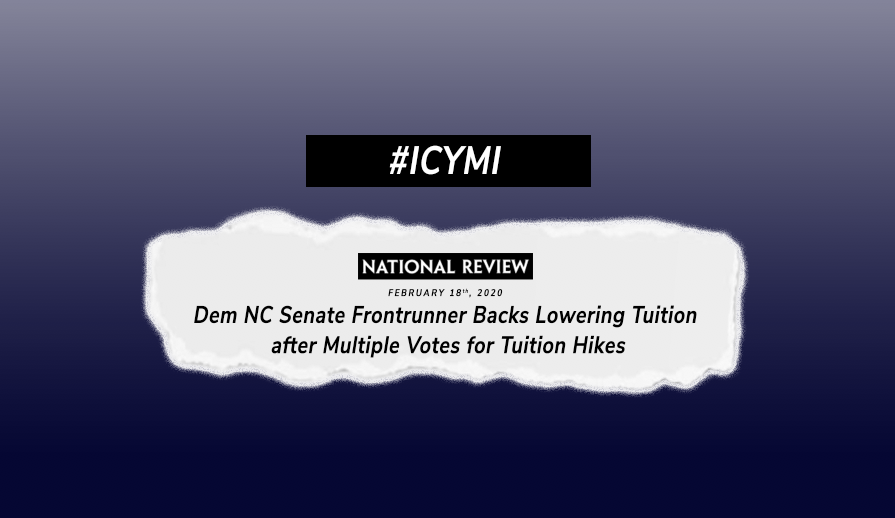 CHARLOTTE, N.C. – In a recent op-ed  in the University of North Carolina’s Daily Tar Heel, Cal Cunningham advocated for lowering the cost of college tuition. The National Review today pointed out the hypocrisy of that pledge, noting that Cunningham has voted to raise college tuition three times dating back to his time as UNC’s student body president.

From the National Review:

“Cal Cunningham is so worried about his primary against Erica Smith, that he’s tripping over his own record trying to pander to his left-wing base in everything that he does,” said Tillis campaign spokesman Andrew Romeo. “Cunningham’s hypocrisy on college tuition is just one more reason why North Carolinians can’t trust him to be their Senator.”