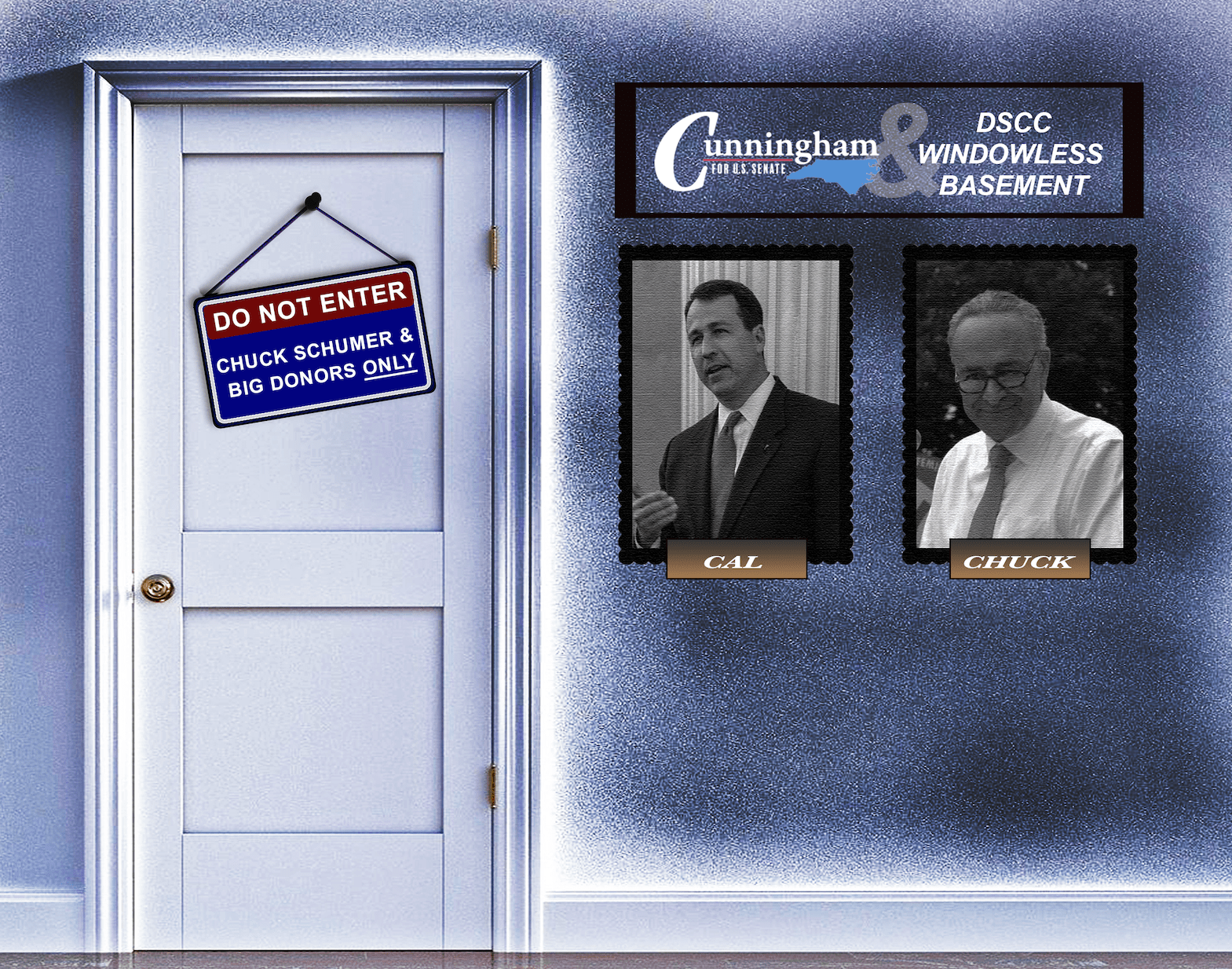 CHARLOTTE, N.C. – In an interview posted by WFAE on Friday, Erica Smith ripped Cal Cunningham for being a quitter, for hiding from voters and the press in a windowless basement, and for being the handpicked candidate of Chuck Schumer. She also voiced her support for radical policies, such as providing taxpayer funded health care to illegal immigrants and the Green New Deal – issues Cunningham has been “vague” on “even after repeated questions.” Smith’s comments come on the heels of a recent Fox News poll showing her leading Cunningham by five points in the Democratic primary.

“Even Erica Smith thinks Cal Cunningham should come out of Chuck Schumer’s windowless basement and clear up whether he wants to put North Carolinians on the hook for the health care of illegal immigrants and implement a government takeover of the economy that will cost taxpayers $93 trillion,” said Tillis campaign spokesman Andrew Romeo. “As his Democratic challengers keep lurching leftward and mimicking the radical liberals running for president, Senator Tillis will continue to focus on implementing his commonsense conservative policies that are making life better for all North Carolinians.”

Highlights from Smith’s interview with WFAE can be found below.

Senator Thom Tillis has also been critical of Cunningham for hiding in a windowless basement and not taking stances on major policy issues. In an interview with WAAV’s Tyler Cralle on Friday, Tillis pointed out that Cunningham has called the policies coming out of the Democratic presidential primary “refreshing,” but has yet to tell North Carolinians which ideas he was referring to.