Do Smith and Cunningham Still Support Sanctuary Cities After Yesterday’s Release Of An Illegal Immigrant Child Molester In Buncombe County? 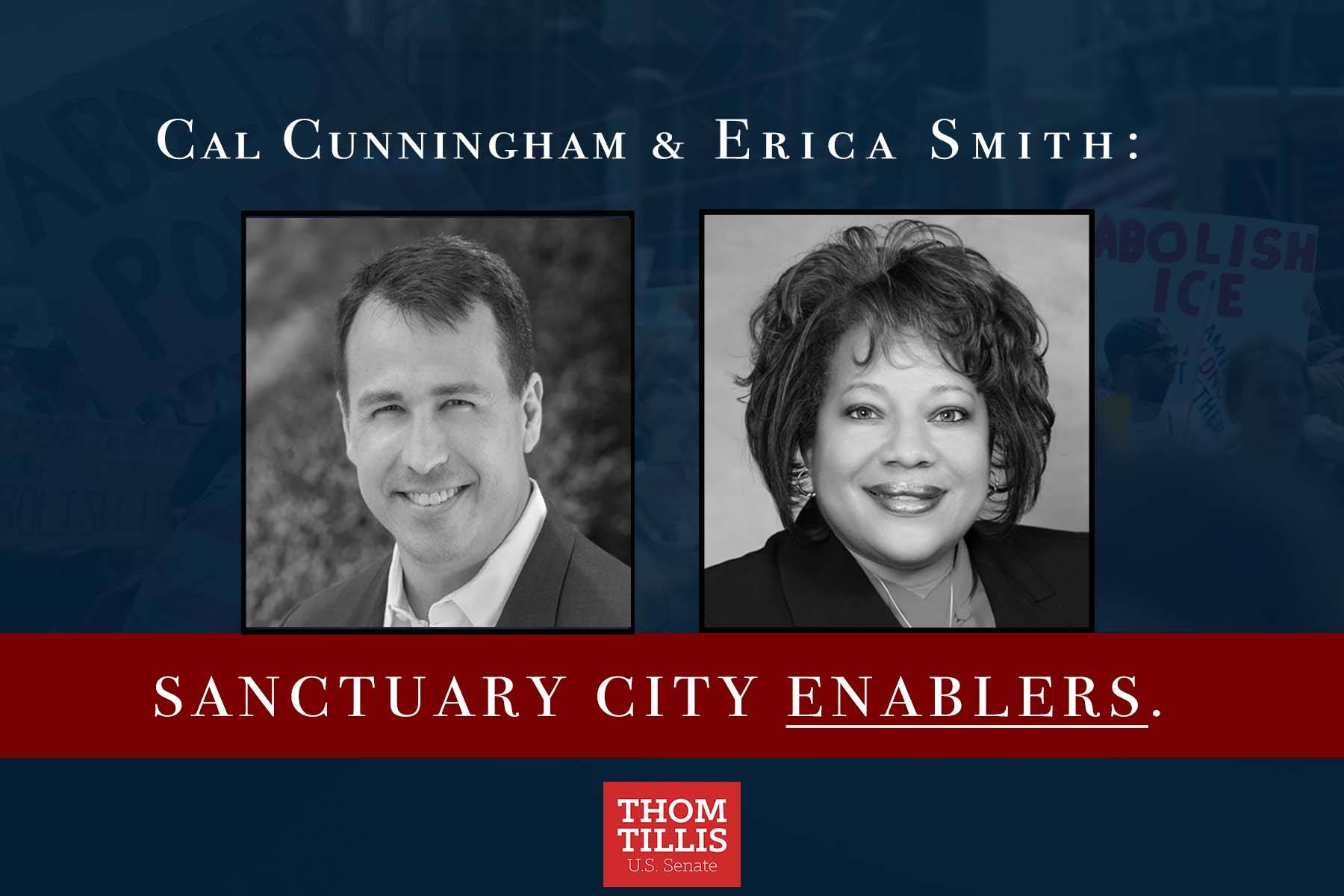 Would They Vote For Federal Legislation To Hold Sanctuary Cities Accountable?

CHARLOTTE, N.C– Senator Thom Tillis, who has been praised by President Trump for his efforts to combat illegal immigration, today chaired a hearing where he heard from experts in law enforcement about the dangers of sanctuary cities. Tillis’ work on legislation that would allow victims to hold sanctuary cities accountable stands in stark contrast to his Democratic opponents in the North Carolina Senate race, who have been complicit in the emerging threats that have resulted from the sanctuary policies that have been enacted around the state.

Timothy Robbins, Acting Executive Associate Director of Enforcement Removal Operations for United States Immigration and Customs Enforcement, noted that Tillis’ legislation could serve as a deterrent against sanctuary cities and the risks that Mr. Murray outlined.

State Senator Smith recently voted against HB 370, legislation that would require sheriffs to cooperate with ICE when they issue requests to hold illegal immigrants in jail even after they are eligible for release on their state charge. Cunningham has refused to condemn his primary opponent for her vote.

“Being a United States Senator means being responsible for the safety and security of your constituents,” said Tillis campaign spokesman Andrew Romeo. “Voters deserve to know whether Cal Cunningham and Erica Smith will continue their complicity when it comes to the sanctuary jurisdictions that put North Carolinians in danger, or whether the Democratic field will take the advice of the experts in law enforcement and support legislation that crack down on these reckless policies.”

Senator Tillis during today’s hearing said that he will be introducing additional legislation to combat sanctuary cities. The Tillis campaign will be highlighting the work the Senator is doing on the issue this week with this digital ad.

Today’s Judiciary Committee hearing came on the heels of a recent WBTV-Charlotte report that nearly 500 undocumented immigrants, including people charged with sex offenses, kidnapping, arson and homicide, have been released from jails across the state in the past ten months despite detainers filed against them by ICE. As WRAL noted in September, one of those cases was Furmencio Miranda-Cortazar, a registered sex offender who is in the U.S. illegally and was released from the Wake County jail, despite ICE’s objections.

The hearing also followed a roundtable Tillis had with North Carolina sheriffs earlier this month where Rockingham County Sheriff Sam Page said of sanctuary cities, “I truly believe removing criminal offenders and turning them over to ICE if they are here in our country illegally is one way to make our communities safer.”