Cunningham Walks The Plank For Schumer On Impeachment 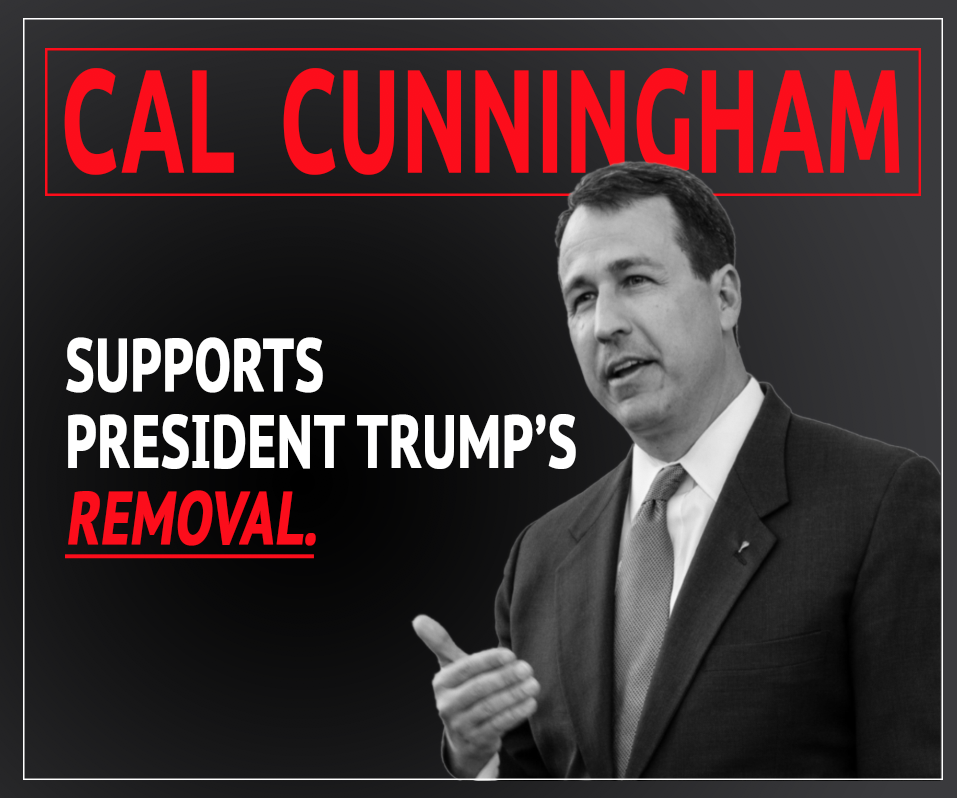 CHARLOTTE, N.C. – After months of refusing to take a stand on how he would vote on impeachment if he were in the U.S. Senate, Cal Cunningham today finally walked the plank for his benefactor Chuck Schumer and supported removing President Trump for office.

“Today, Cal Cunningham confirmed to the people of North Carolina that he will be nothing more than a puppet of Chuck Schumer and the socialist Democrats if he were to be elected to the Senate,” said Tillis campaign spokesman Andrew Romeo. “While Cunningham is racing to the left to avoid repeating the embarrassing primary defeat he suffered in 2010, Senator Tillis is focused on getting back to work on solutions for his constituents.”

Cunningham joins his primary rival Erica Smith in calling for President Trump’s removal. Click HERE for more details on how impeachment has played out in the North Carolina Senate race.