Cunningham In Lockstep With Pelosi On Impeachment 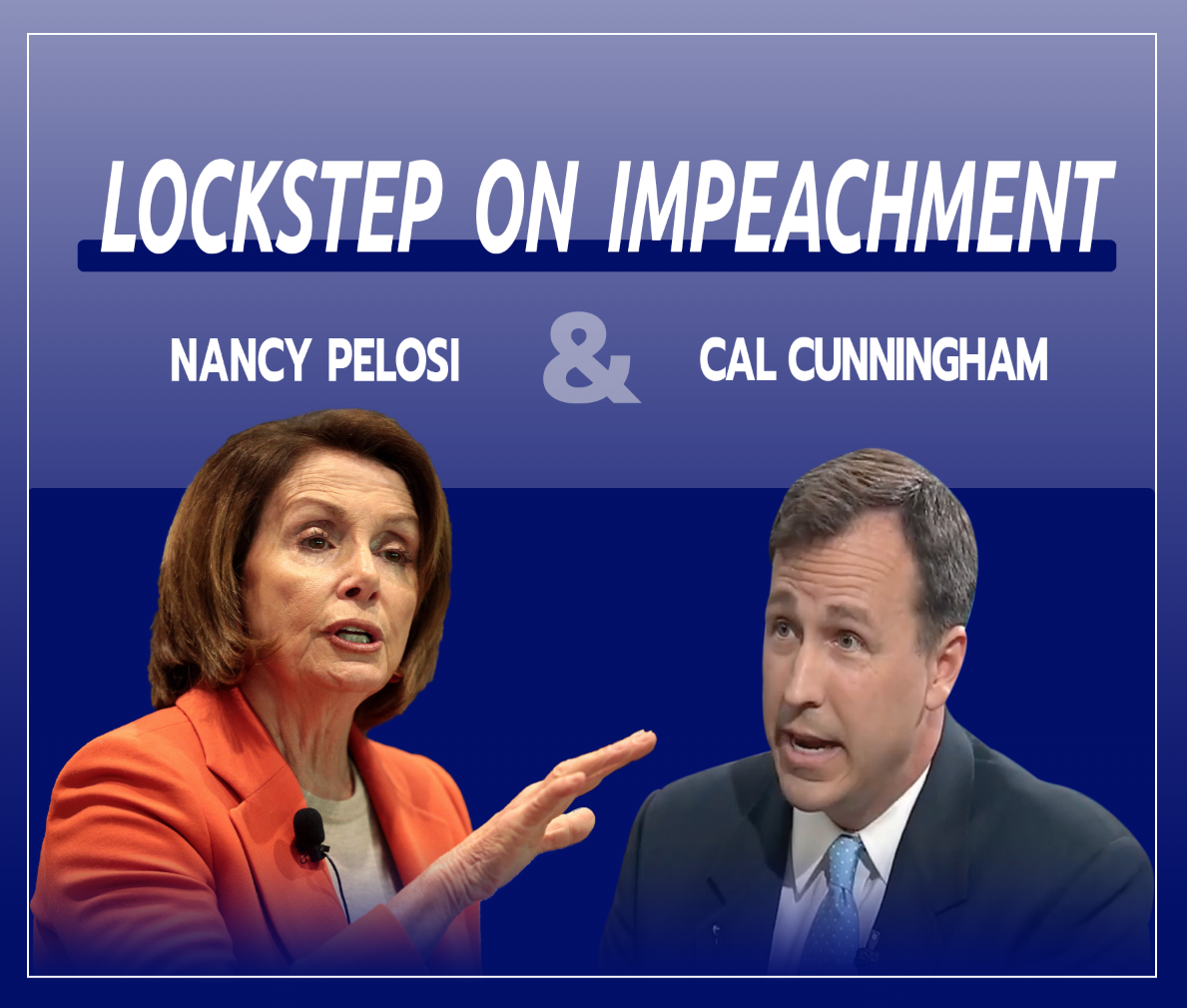 CHARLOTTE, N.C. – After spending weeks hiding from members of the media in his windowless basement, Cal Cunningham told the Raleigh News & Observer yesterday in his first interview since the House impeachment vote that he backs Nancy Pelosi’s decision to hold the articles of impeachment hostage. Cunningham’s support for Pelosi’s antics stands in stark contrast to the views of many Senate Democrats, who last week criticized the Speaker for holding up the process.

“Cal Cunningham has been obsessed with impeaching President Trump since the first day he entered the race, and his support for Nancy Pelosi’s impeachment strategy confirms he is more interested in wasting time on political games than working on the issues that actually matter to North Carolinians,” said Tillis campaign spokesman Andrew Romeo. “Silent Cal may be too afraid to say at this point that he supports removing the President from office, but the people of North Carolina can already see that he’s no different than the rest of the Democrats who wanted to impeach the President since the day he was elected.”

True to the reputation he has within his own party as a “walking talking point,” Cunningham refused to tell the News & Observer whether he would vote to remove President Trump from office, and again repeated his canned line that the President’s behavior has been “deeply troubling.”